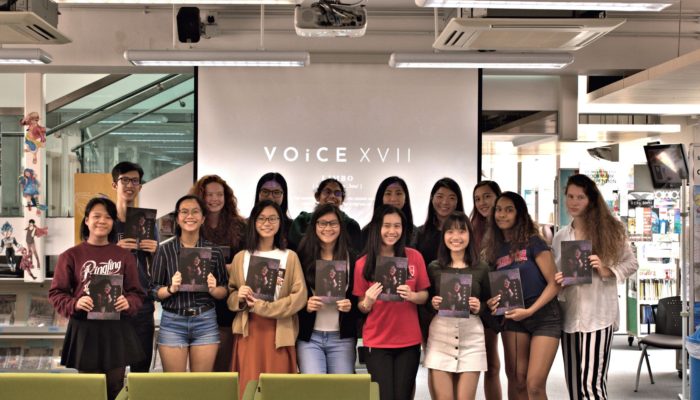 The seventeenth publication of VOiCE was launched on the 20th March, hosted by Isabella Young (Editor-in-Chief) and Ms. Tandy (Head of English). Enthusiastic teachers and students alike were delighted to witness talented writers and artists express their artistry.

VOiCE is an annual literary magazine showcasing a volume of poems, short stories and art compositions from countless imaginative Sha Tin College students. This year’s edition focused on ‘Limbo’, a theme associated with ‘an uncertain situation that you cannot control and in which there is no progress or improvement.’ Students were able to reinterpret the theme into unique concepts of their own such as uncertainty of youth, prospect of death, and complex emotions. 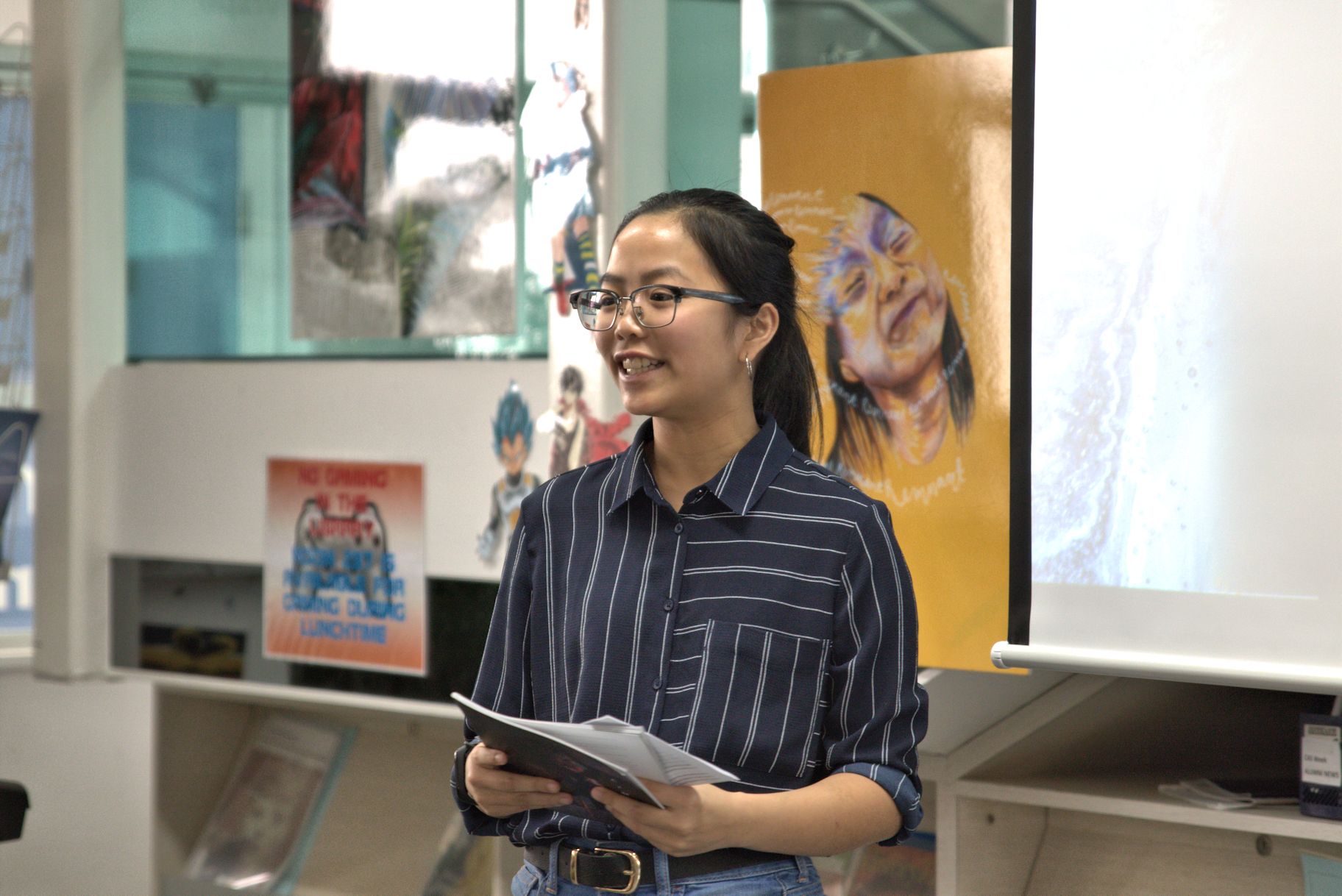 Short stories were among the impressive pieces. Jess Yung of 12G2 contributed to VOiCE with ‘Death’s Waiting Room’, conveying a perception of confinement and neglect in elderly homes. “I decided to find Limbo in our ordinary lives.” She explained. “I thought the idea of an elderly home fit well with the enigmatic definitions of limbo – a state or place of neglect; an in-between state in which things are consigned when regarded as outworn or useless.”

Poetry was also among the greatest works, with Inez Tandy Ortega of 12D1 composing ‘Ethereal Feather’, a sonnet-inspired piece supporting “the intermediate state or condition” where complex emotions like ambiguous love and pessimism are presented to develop the implications of fragility and drug abuse. 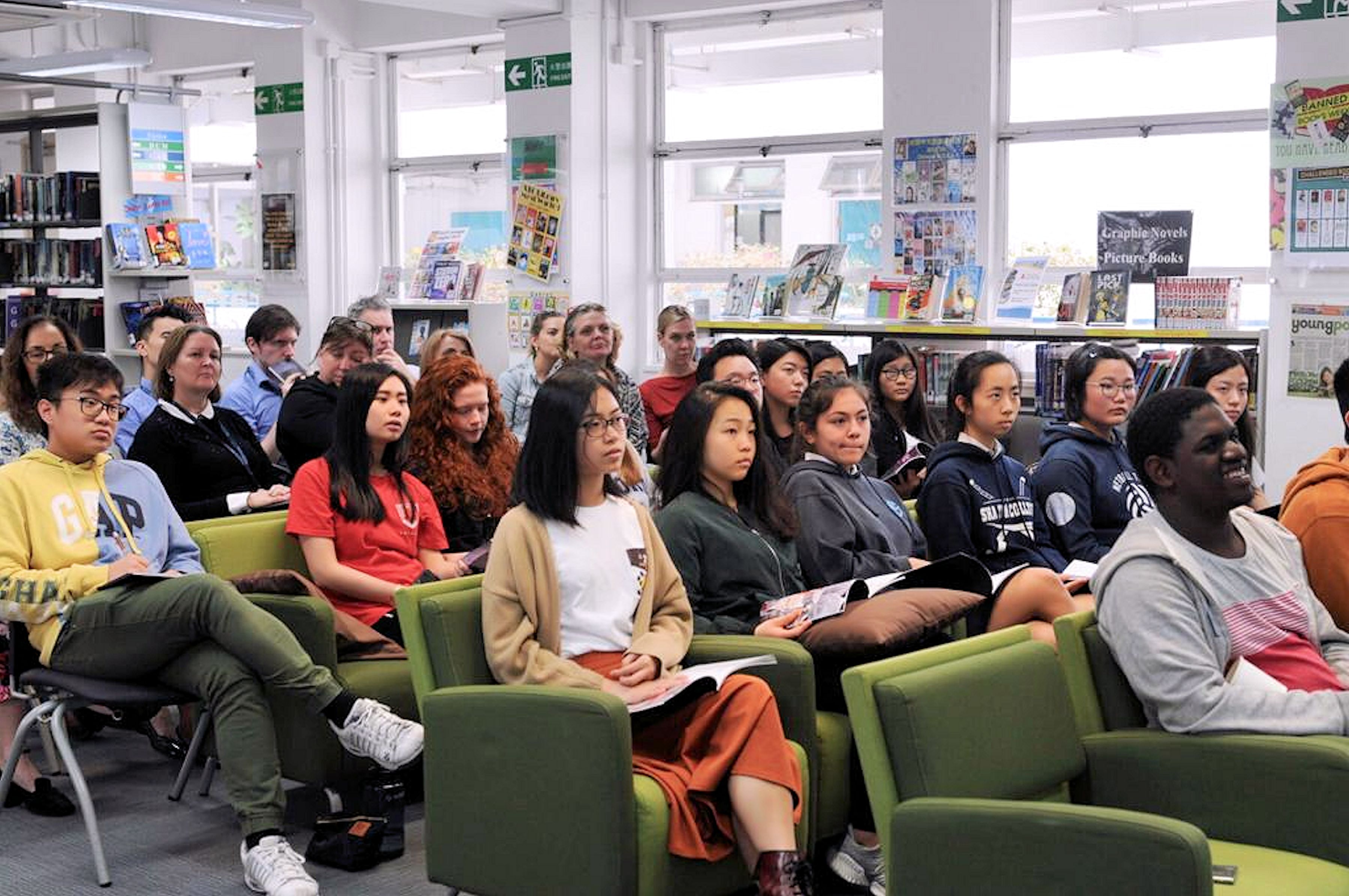 Victoria Drave of 12P1 presented ‘White’ – a poem portraying Hell as “a prospect of fake Heaven.” Described with violent imagery, it expressed the unfair treatment of innocent people who were instead liberated to fake salvation. As a treat, winners of Poetry Slam were also invited to perform during the launch.

Other artists displayed incredible visuals for Limbo. Christy Pang of 12P1 illustrated ‘Remnant’ with watercolour pencils, brushing the forehead of a girl with smooth lilac and cerulean colours in front of a saffron yellow backdrop. Inspired by the ambiguity of Reverie, the artwork’s expression of harmony in a dream-like state portrays “the lingering sensation of nostalgia and the yearn for perfection.” 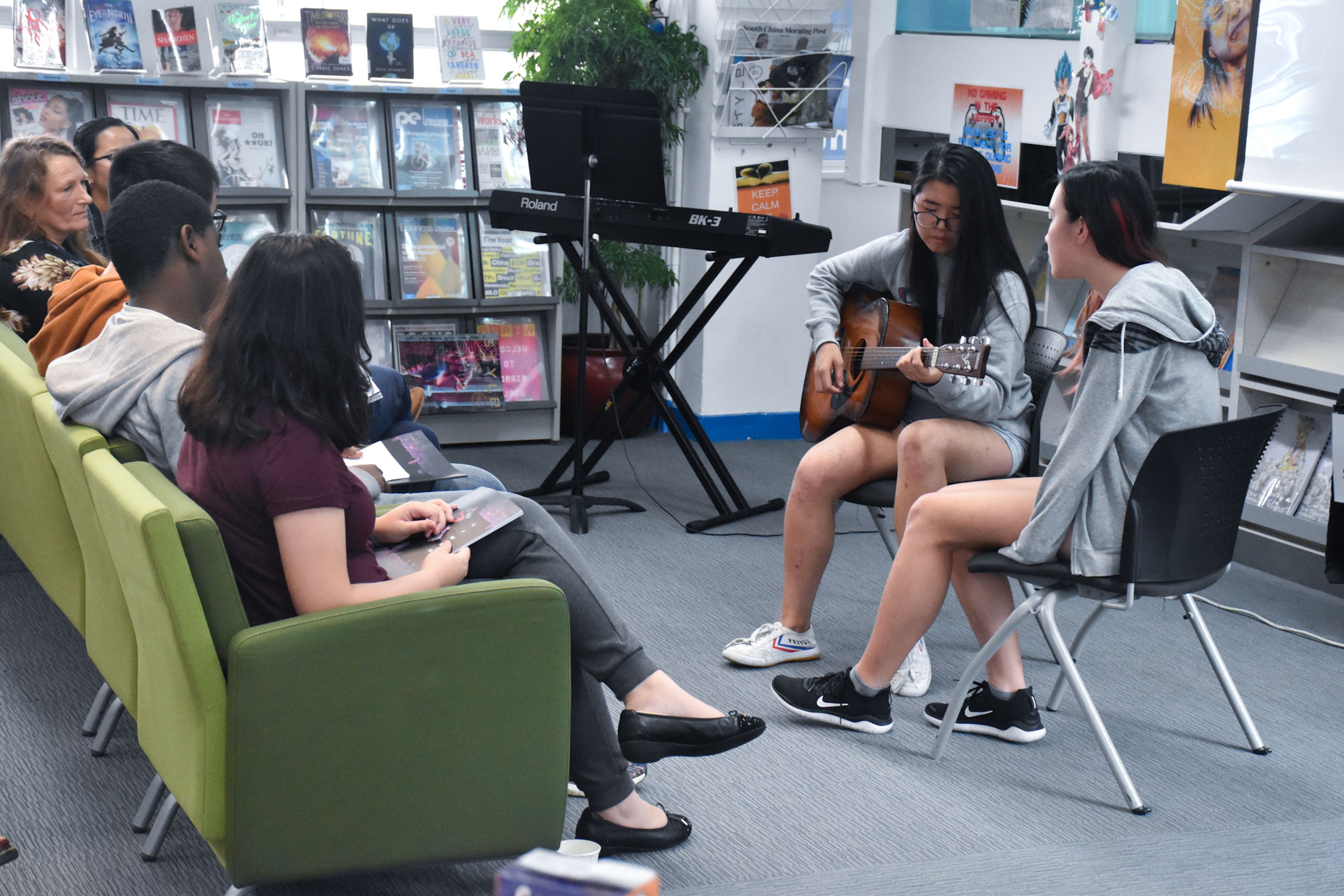 Impressed by the students’ creative capability, Ms. Larkin shared a few words of praise: “The VOiCE launch was wonderful. I genuinely felt that students were able to speak from experience and undoubtedly made the audience think more about things like the old age homes or someone’s plight from a new perspective. The pieces faithfully reflect individual thinking, and it shows how creativity makes our voices stronger and other people’s lives better.”

‘Limbo’ is available (free of charge) at the library for those excited to engage themselves with a good read. Many thanks to all the writers, artists, and editors involved in making this a huge success!