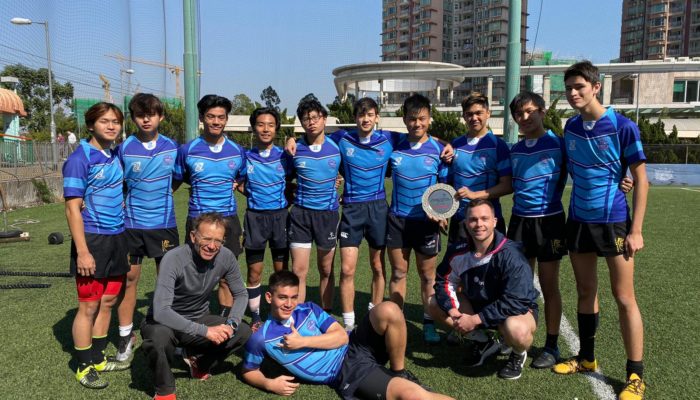 On the first two weekends, the boys competed in 5 pool matches, winning 3 out of 5. This meant they qualified for the Plate Semi-Finals, which they played on Saturday morning in Tin Shui Wai. In their semi-final, they managed to win convincingly 38-0. In a tense final, the boys made an excellent start, rushing into a 19-0 lead. The other team worked their way back into the game but the STC team proved resilient and won the game 26-14 to become Plate Winners!

The boys were coached by Mr Service and Mr Hodgetts, and the following should be given recognition:

The team made brilliant progress throughout the tournament, and the boys were fine ambassadors of the school in everything they did. Well done and congratulations!