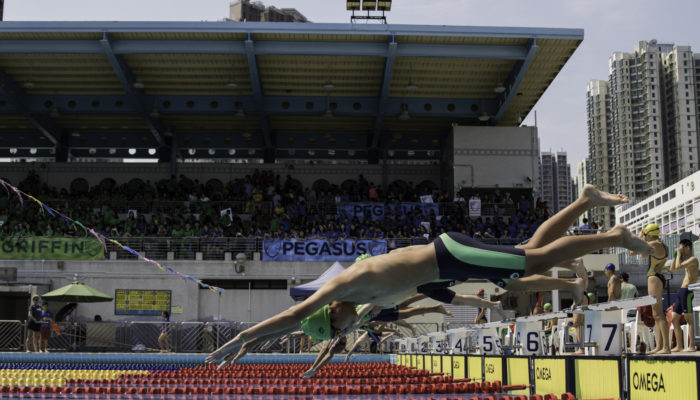 With last year’s cancelled due to severe weather conditions, this year’s Swimming Gala was greeted with widespread enthusiasm and cheer. The four Houses at Sha Tin College – Dragon, Griffin, Pegasus, and Phoenix – were once again excited to gather at the Ma On Shan Swimming Pool, eager to compete for the House Cup.

Taking place on 26th September 2019, the Gala was the first major inter-House event of the year. Students of all years were given the chance to represent their House through displays of athletic ability, perseverance, and House spirit, both in the pool and on the stands. For new students, the Gala was an opportunity to embody and immerse themselves in Sha Tin College’s enthusiasm and commitment to their Houses.

“It was wonderful to see the House spirit that was exuded by the students,” commented Cyndi Chang of 11X1, the winner of the Year 11 Girls 4 x 50 metres relay, “The amount of house spirit [that] radiated across the balcony was unbelievable.”

The event was extremely successful: there were outstanding performances and results from event winners, and others represented their Houses with pride and passion. All the competitors received enthusiastic encouragement, with every House consistently belting chants at the top of their lungs and ferociously waving signs.

The four houses fought rigorously throughout the Gala to gain points, with the results being extremely close. In the end, it was Pegasus who won the Overall Cup for Swimming Gala, with their record-breaking display of athleticism 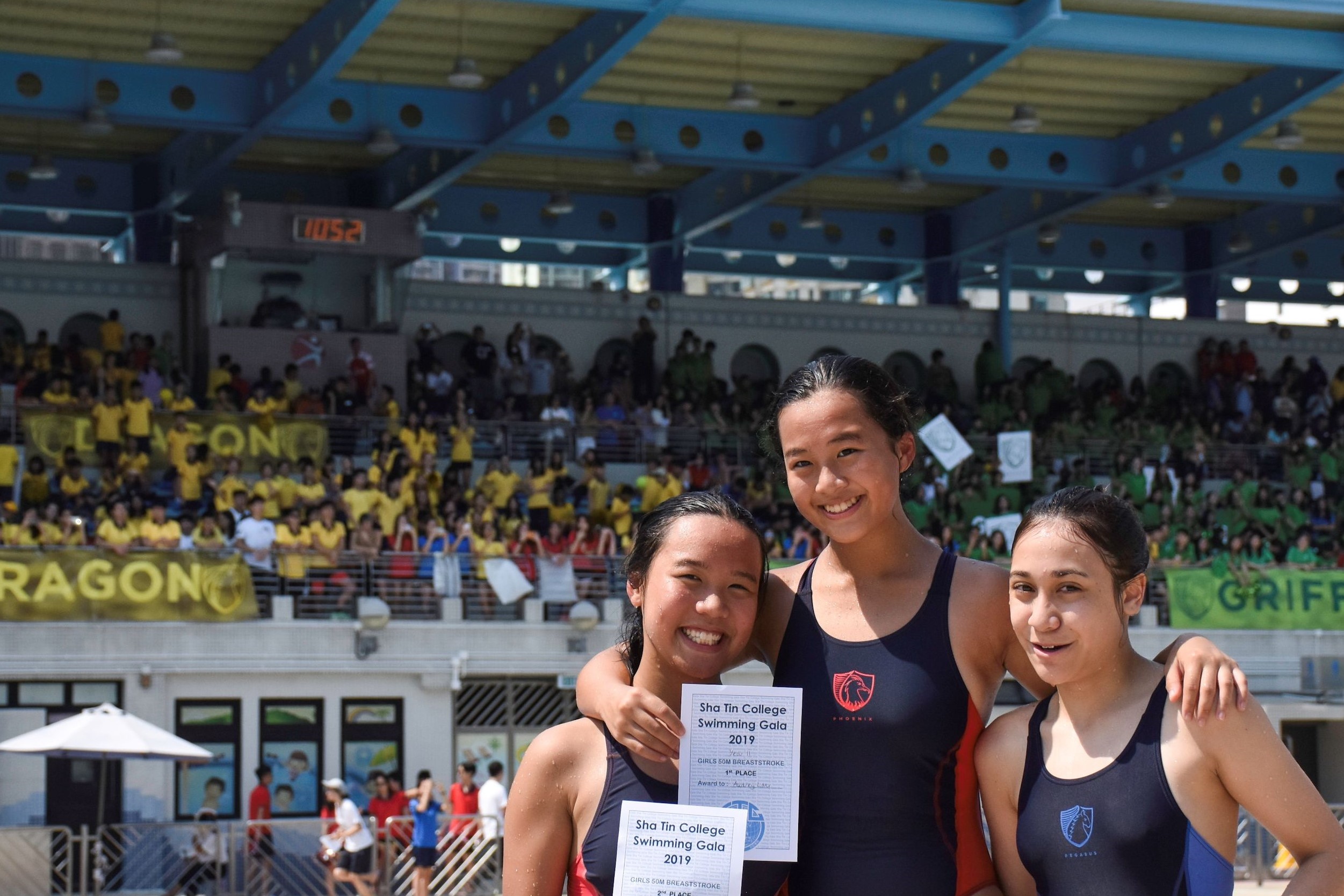 Pegasus’ Head of House, Tiffany Chu of 13P1, thoroughly enjoyed the Gala. She was glad that she was able to “watch Pegasus win overall for the first time” and to have the chance of finalising the event and her time as a Student Leader by participating in the Year 13 tradition of “diving into the pool.”

On the other hand, Griffin won the Spirit Cup for their constant enthusiasm and cheer throughout the event. “Winning the Spirit Cup means a lot to the Griffin SL team,” expressed Enrico Contreras from 13G1, Griffin’s Head of House, “It shows that students are not only willing to participate, but are also enthusiastic and genuinely willing to support their House.”

Regardless of the results, congratulations to all the Houses for competing in the finals and embodying an unrelenting sense of House spirit throughout the day!

More photos from the event can be accessed here.