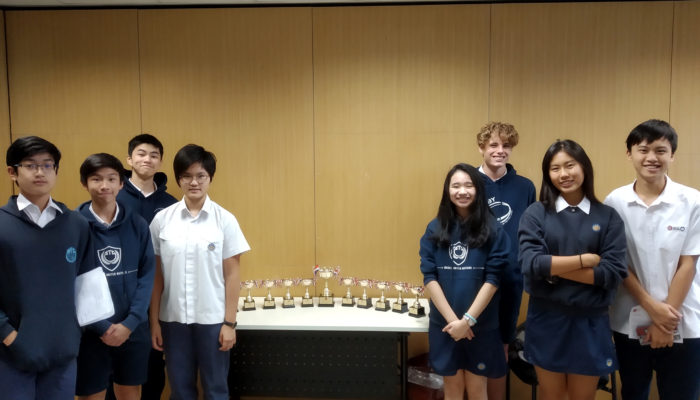 Team STC1 consisted of Mary Anne Ko, Sylvia Chan, Connor Coventry and Ethan Hui; Team STC2 consisted of Charlotte Chan, Hayden So, Ivan Lam and Winter Lau. The motions debated were: ‘The requirement for elected politicians and their families to use only state-provided services’; ‘Regretting the development of mass tourism at important cultural and natural heritage sites’; and ‘The introduction of E-Sports into the Olympic Games’.

The two STC teams showed cohesive teamwork and effective communication despite the time constraints and pressure, which led to both teams winning one round each.

Despite some losses, the day was still very enjoyable. Mary Anne Ko said she enjoyed hearing about “men running around in laurel wreaths” – one of several amusing moments of the day. The teams were also given feedback from the adjudicators on how to improve their debate skills, such as the dangers of over-reliance on scripts, the use of rhetoric, and the signposting of substantives. There was also much to be learnt from debaters from other schools.