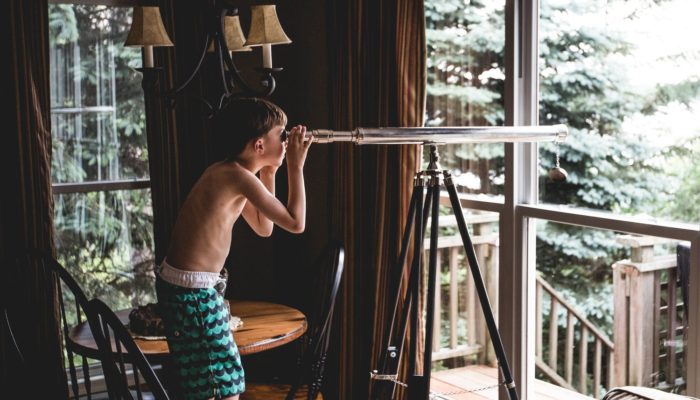 “I think, at a child’s birth, if a mother could ask a fairy godmother to endow it with the most useful gift, that gift should be curiosity.”

Have you ever watched an infant exploring something for the first time? Perhaps this is another child she/he encounters, a fluffy animal or even something as mundane as a set of keys. It’s remarkable, isn’t it, how these infants look utterly captivated and genuinely intrigued as they explore. This is curiosity.

Fortunately, I have tremendous students who submit to my curiosity every day. Recently, my Year 12 TOK students and I were discussing language, as a way of knowing. They enlightened me about how words such as ’sick’, ‘awful’, ‘dope’ and ‘snowflake’ are used in 2019. I was not only flabbergasted but grateful that they shared these updates – their (often secret) use of language. They thought I was hilariously ignorant. Had I not asked, though, I would have been forever unaware and possibly even labelled a ‘dinosaur’!  Curiosity, helped me become a fraction more ‘cool’.

We can think of curiosity as being open to exploring the environment around us, being receptive to new ideas and experiences, asking questions to find our more and building our knowledge. It’s about grappling with the unfamiliar and this requires us to ask actively listen and read more. Curious people can be more empathetic because they understand and accept ideas which are dissimilar to their own.

People really have a need for closure when something has piqued their curiosity, “they want the information that fills the curiosity gap, and they will go to great lengths to get it”, says Dr Evan Polman of the University of Wisconsin-Madison. 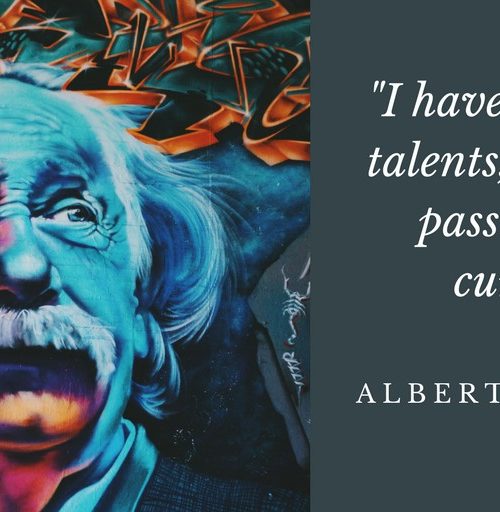 Research indicates that curious people are viewed as more engaging and fascinating, as those who will make connections with a wide range of people. Being curious “…seems to protect people from negative social experiences, like rejection, which could lead to better connection with others over time” (Suttie, 2017).  It is a very valuable trait as it can lead to a heightened appreciation of other cultures, and kindness.  “Being interested is more important in cultivating and maintaining a  relationship than being interesting…it’s the secret juice of relationships” (Suttie, 2017) and is linked to happiness.

What else do we know about curiosity?

So, the evidence is clear that there are abundant reasons that curiosity is good for wellbeing. Being genuinely interested in someone else means people will want to spend time with the curious. This results in multi-faceted, affirming relationships, both at work and at home, because curious people are committed to learning new things, to deepening their knowledge in dedicated, focussed ways. Curious people often have a strong sense of purpose and they are resilient.  These qualities can result in them having meaningful, fulfilling lives.  They can be wise. Their emotional intelligence means others are drawn to them, trust and admire them. 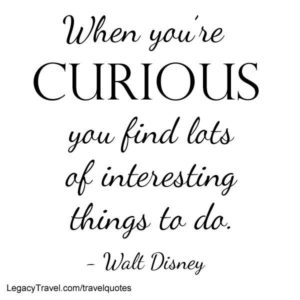 Ways to nurture your curiosity:

One story about Steve Jobs relates that, before he dropped out of university, he went to a calligraphy class, just out of curiosity.  Later, when he was designing the first Mac computer, he included aspects of beautiful typography which he attributed to that same calligraphy class.

Of course, it is sensible to always consider context, and those around us, so we can tailor our curiosity and not offend, or frustrate others.  Similarly, we need to be wary of putting ourselves in danger because of unchecked curiosity. An April 2016 study on the disadvantages of curiosity, ‘The Pandora Effect: The Power and Peril of Curiosity,’  published in Psychological Science used the term ‘The Pandora Effect’ to describe doing regrettable things motivated by uncurtailed curiosity.  One example used was ‘rubbernecking’ or people turning around to gawp at a car crash when driving past it. Like Pandora, who opened the box irrespective of being warned of its fateful contents, sometimes curiosity can result in unhappy consequences. Possessing morbid curiosity is unhealthy.

Overwhelmingly, curiosity is a constructive trait. According to Sophie von Stumm of the University of Edinburgh, curiosity is as important for learning as intelligence and can result in curious students topping their classes. Remember, ‘Curiosity is the wick in the candle of learning’ (William Arthur Ward).

‘Curiosity: The Good, the Bad, and the Double-Edged Sword’ – Christopher Bergland https://www.psychologytoday.com/us/blog/the-athletes-way/201608/curiosity-the-good-the-bad-and-the-double-edged-sword

‘Curiosity is the number one trait of awesome people’ – Blaz Kos  https://agileleanlife.com/curiosity/

‘How we kill our innate curiosity (and how to stop doing that)’ – Haim Pekel https://www.lifehack.org/articles/productivity/how-kill-our-innate-curiosity-and-how-stop-doing-that.html

‘The Benefits of Being Curious’  https://www.doinggoodtogether.org/2017-dgt-newsletters/benefits-of-being-curious

‘The Curious Case of Curiosity and its Intrinsic Link to a Happier Existence’ https://www.theguardian.com/canon-bring-curiosity-to-life/2018/jun/08/the-curious-case-of-curiosity-and-its-intrinsic-link-to-a-happier-existence

‘What’s So Special About Curiosity? https://about.curiosity.com/whats-so-special-about-curiosity